When Charles II of Spain died in 1700 without an heir, the Kingdom of Valencia became involved in what was to become known as the War of the Spanish Succession; a conflict that was to draw in various European powers. Aragon, England, the Dutch Republic, Austria and Portugal supported the claim of Charles of Austria,while Castile and France sided with Philip of Anjou. The Battle of Almansa in 1707 marked the defeat of Charles in Valencia. As a punishment, Xàtiva was besieged, attacked, sacked and burnt down by troops of Philip V, who would go on to rename the town “New Colony of Saint Philip”. The Kingdom of Valencia was also deprived of its parliament, its laws, its coinage and the official use of its language.

The official portrait of Philip V that once graced the main room of the town hall is now displayed upside down in the municipal museum.It has hung there since the 1950s in symbolic revenge for the burning of the town. 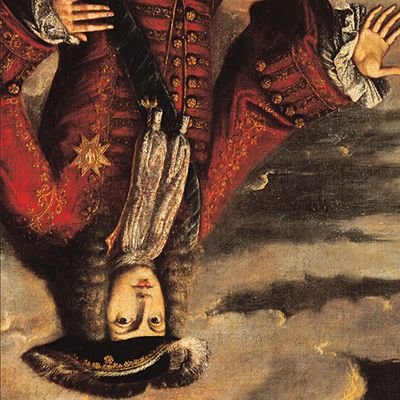